Moves the turtle to a specific (x,y) position on the screen.

Example: Square Draw a square by connecting the four corners in counterclockwise order.

No return value. Moves turtle only. 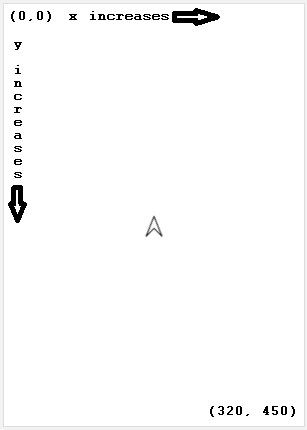