App Lab allows you to import screens from another app! From the screens dropdown above the app area, select "Import Screen" and follow the instructions (you'll need the sharing code from the app you're importing screens from). 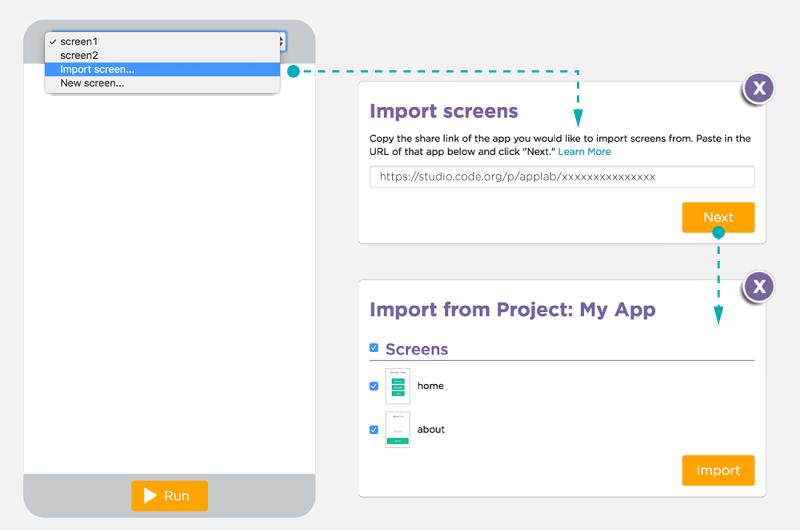 Watch Out for Conflicts!

To protect against ID conflict errors (using the same ID for multiple elements) App Lab will prevent you from importing screens that use element IDs that are already in your app. A few things to check for when importing: 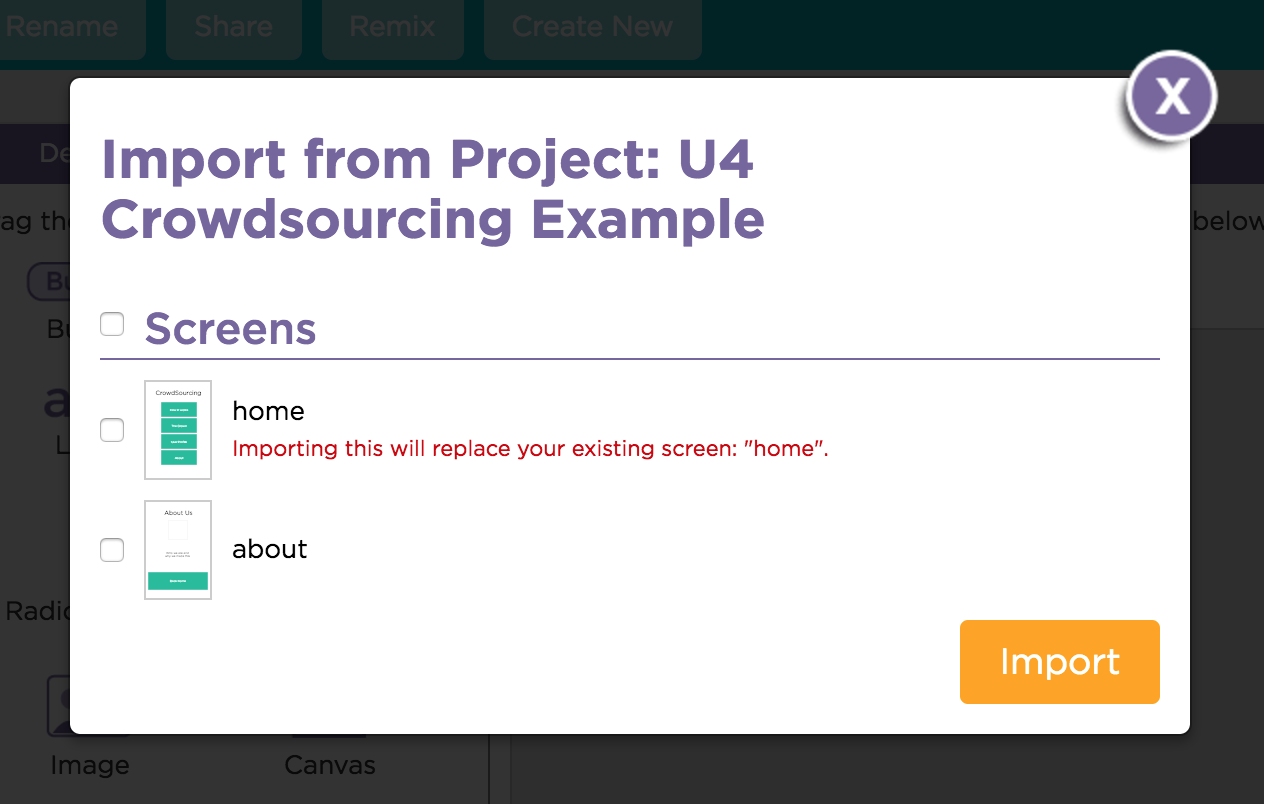 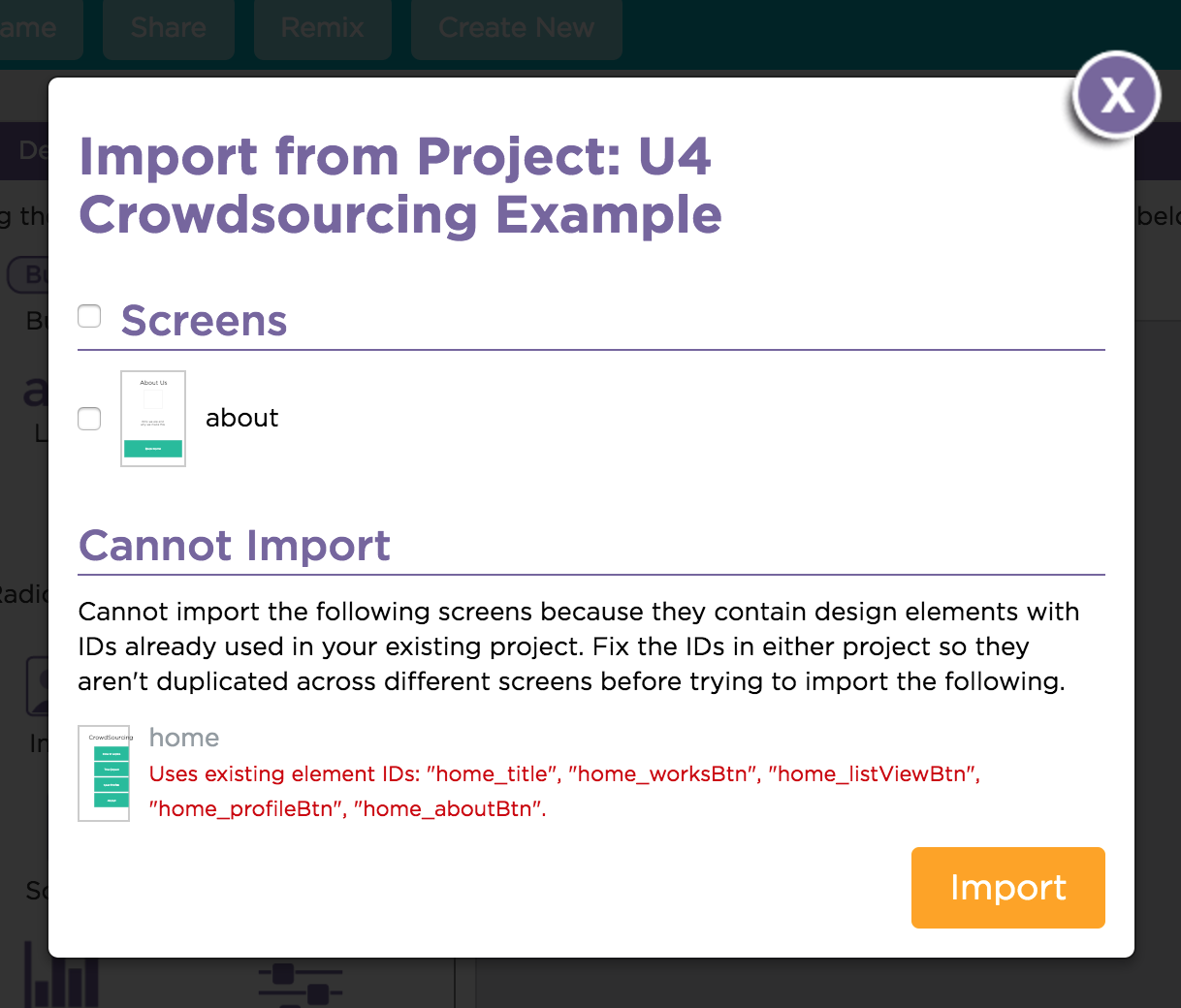