The for loop is a really useful structure for repeating something many times quickly, or iterating over a list of things, but it doesn't do much good if you want to repeat something more slowly. For cases when you want to control how quickly the repetition happens, you'll want a Timed Loop.

The Structure of a Timed Loop

A Timed Loop is actually composed of two blocks: 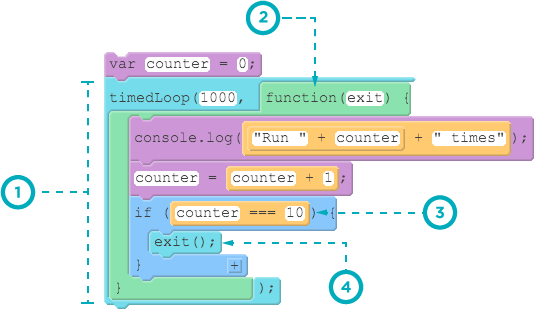