With an if-else statement you are giving an either-or command:

You saw in the video how to add an else clause to an if-statement -- hit the little + symbol on the tail of the if statement.

Inside the curly braces for the else clause you put lines of code that you want to run if the Boolean condition from the if statement is false.

Some important notes about the else clause: 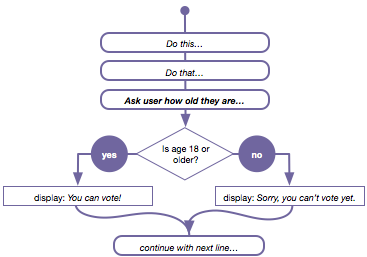 Considering our flow chart from before, until now we haven't had a way to make the program do something different if the condition was false. With an if-else statement we do.

We can now write a program that "branches" at a particular point, running one of two possible sections of code. 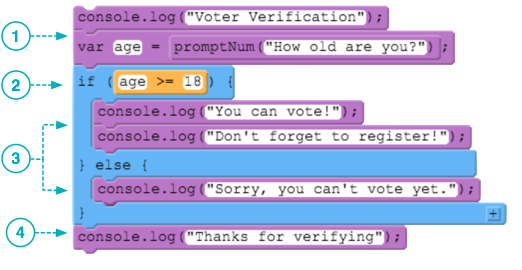