Using the numbered pads on the Circuit Playground, you can create circuits of your own that include external components, such as LEDs and buttons. The specifics of how a circuit gets wired depends on the specific hardware you're trying to add, but all circuits will use some combinations of power pins (which provide power), ground pins (which are the end point of a circuit), and numbered data pins (which can either send an output signal, or read an input). Heads up: Some of the data pins are reserved for special functions on the board, so when creating your own circuits, make sure to only use the following pins:

One of the simplest circuits that you can make with your Circuit Playground is to add an LED. To create this circuit you'll need a data pin, two wires, and a ground pin. 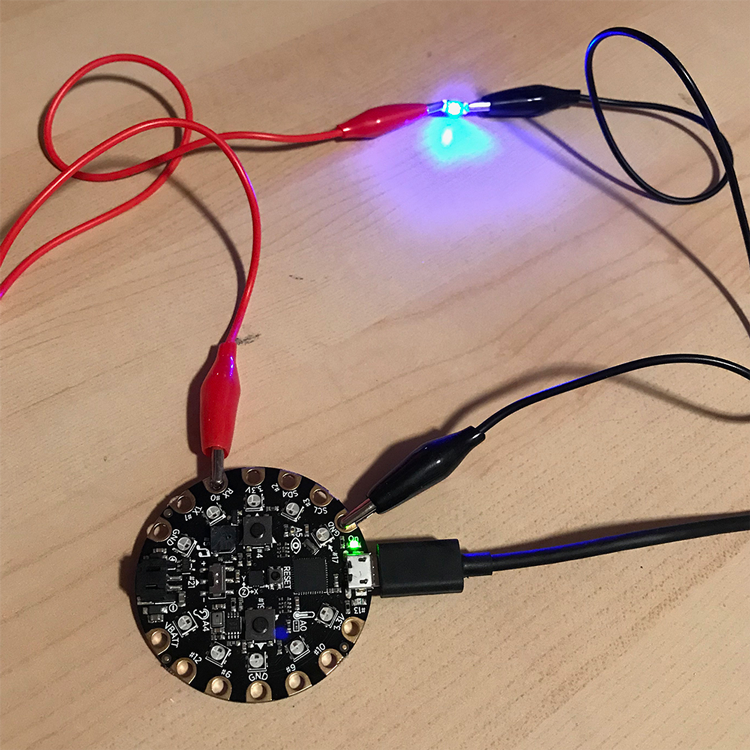 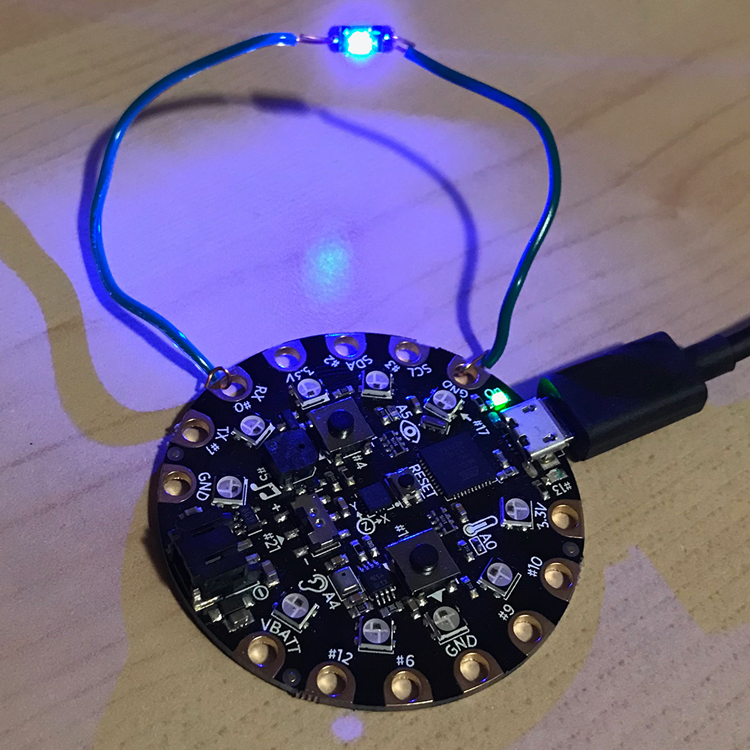 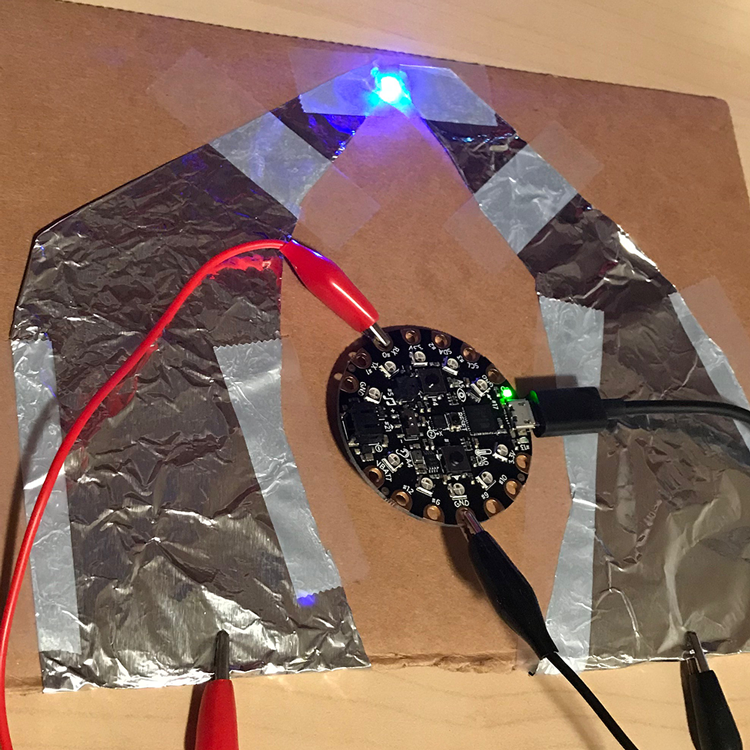 You don't have to use anything fancy to create a simple circuit like this - just about anything that conducts electricity well will do. You can salvage wire from old holiday lights or use aluminum foil for a quick fix, but you can also buy conductive thread that will let you sew your circuits or get copper tape to make bendable circuits on paper.

LEDs are pretty simple to use, but there are a couple of tricks to keep in mind: