When trying to debug a program, it's useful to keep track of the current value of a variable or sprite property as the program runs. Sometimes you can use console.log() to quickly report the value of a variable, but that's not so useful when you want to track multiple variables, or variables that change often during your program.

A watcher is a debugging tool that, as its name implies, watches your variables while the program runs, making it easier to see what they are doing.

Watchers are located in the Watch section of the debugging window, you may need to uncollapse this window to see it. 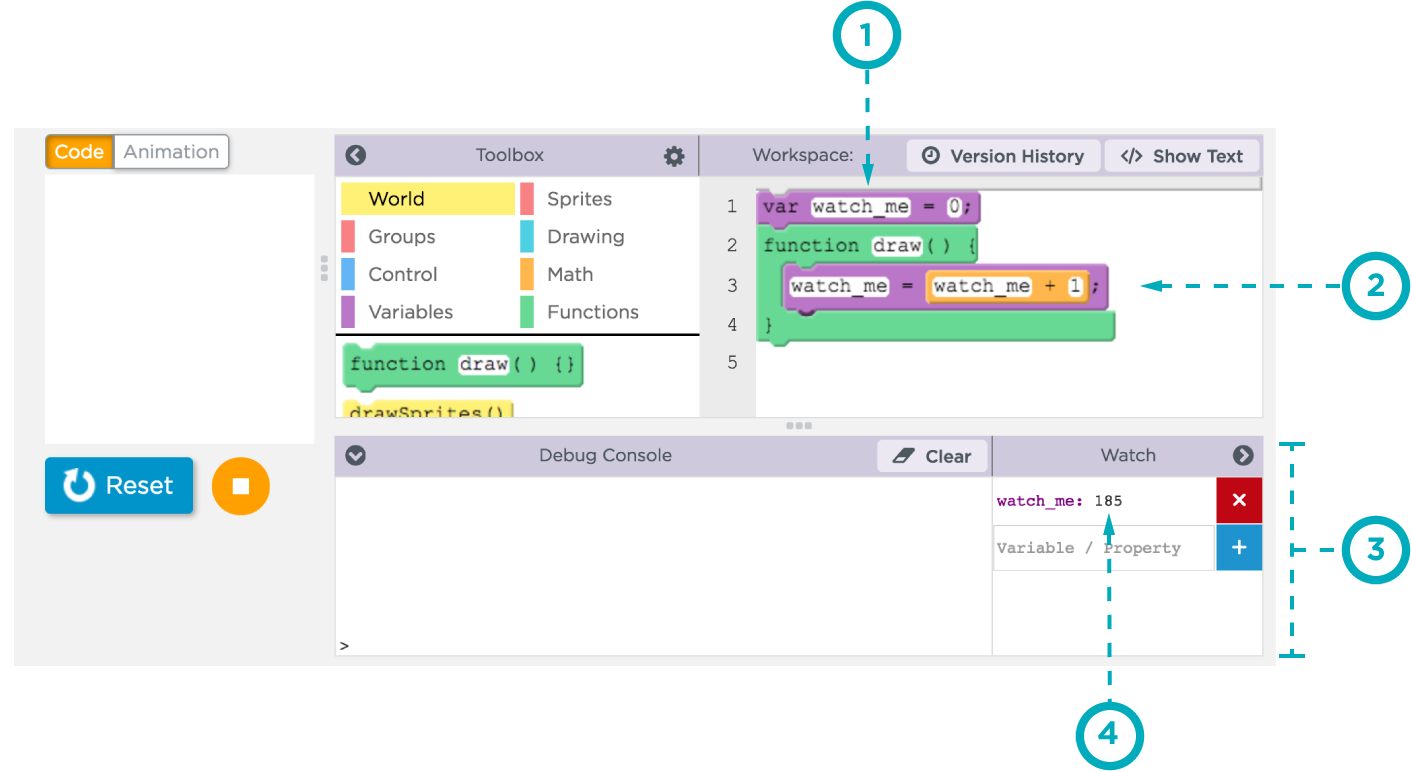 Adding a Variable to Watch